the most well informed people on the planet with field experience-real field experience  for long periods of time.  We are talking over 50 years of dealing with coyotes first hand.  Not combined years either! Some members are retired or formerly with government agencies that dealt directly with coyotes.  Others are professional hunters and trappers who are or have dealt with coyotes. We say with total confidence that it would be impossible to find a more knowledgeable group of people with field knowledge of the great american predator, the coyote, in the world!

that all or any of their findings are final or even totally accurate.   All of us know that good research does not reach final conclusions on nearly anything and good research leads to a conclusion that “more research is required”.  Additionally laboratory conclusions can only be achieved with the help of the field people so they MUST work hand in hand. We no disrespect to the academic’s and we hope they respect our opinion from our extensive field experience.

The WCCCC® challenges some conclusions that the animal rights activists have singled out of some of these reports.  They include;

1. All Coyotes Mate for life– We challenge this statement. This means that they pair up and remain
faithful to one mate and do not breed with other coyotes for life.  Humans do not even do that.

2. Coyotes run in packs– We are told that the definition of a “pack” by researchers is three (3) or more.  We strongly believe this is number of three (3) is far to low to determine what a coyote pack size should be.  It should be a larger number.

3. Coyotes self regulate population numbers– It is stated that research “suggests” that if left

alone (not hunted) they will reach a level where they will not over produce and reach a population level that they then sustain. Added to this is the suggestion that coyotes know some how what the area population of coyotes is and they will produce more pups or fewer pups having that secret knowledge. BULL.

This suggests that we should allow coyotes to determine exactly how many coyotes there should be in the world and not man!  We do not do that for any predator species we know of!

4. The “Pack” shares in the raising of the pups- It is suggested that a group of
coyotes gather to raise a litter of pups, share int he food gathering, and even guard the food. It is common for many wild animal species to assist in the raise of the young.  That is not exclusive to coyotes.  BUT, it is well known that coyotes are solitary animals to suggest that a large group raises the pups is absurd.

5. Only “rabid”coyotes will attack humans– Totally not true and there is a huge amount of data to support that.

There has been so much written on this amazing predator we yield to experts like those with the great online Free encyclopedia for details.
Taken from From Wikipedia, the free encyclopedia 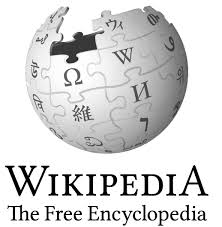 From Wikipedia, the free encyclopedia
For other uses, see Coyote (disambiguation).

The coyote (US /kaɪˈoʊtiː/ or /ˈkaɪ.oʊt/, UK /kɔɪˈjoʊteɪ/, or /kɔɪˈjoʊt/;[a] Canis latrans) is a canid native to North America. It is a smaller, more basal animal than its close relative, the gray wolf,[2] being roughly the North American equivalent to the old world golden jackal, though it is larger and more predatory in nature.[3] It is listed as “least concern” by the IUCN, on account of its wide distribution and abundance throughout North America, Mexico and into Central America. It is a highly versatile species, whose range has expanded amidst human environmental modification.[1] This expansion is ongoing, and it may one day reach South America, as shown by the animal’s presence beyond the Panama Canal in 2013.[4] As of 2005, 19 subspecies are recognized.[5]

The ancestors of the coyote diverged from those of the gray wolf, 1–2 million years ago,[6] with the modern species arising in North America during the Middle Pleistocene.[2] It is highly flexible in social organization, living either in nuclear families or in loosely-knit packs of unrelated individuals. It has a varied diet consisting primarily of animal matter, including ungulates,lagomorphs, rodents, birds, reptiles, amphibians, fish and invertebrates, though it may also eat fruit and vegetable matter on occasion.[7] It is a very vocal animal, whose most iconic sound consists of a howl emitted by solitary individuals.[8]Humans aside, cougars[9] and gray wolves[10] are the coyote’s only serious enemies. Nevertheless, coyotes have on occasion mated with the latter species, producing hybrids colloquially called “coywolves“.

The coyote is a prominent character in Native American folklore, usually depicted as a trickster who alternately assumes the form of an actual coyote or a man. As with other trickster figures, the coyote acts as a picaresque hero which rebels against social convention through deception and humor.[11] The animal was especially respected in Mesoamericancosmology as a symbol of military might,[12] with some scholars having traced the origin of the Aztec god Quetzalcoatl to a pre-Aztec coyote deity.[13] After the European colonization of the Americas, it was reviled in Anglo-American culture as a cowardly and untrustworthy animal. Unlike the gray wolf, which has undergone a radical improvement of its public image, cultural attitudes towards the coyote remain largely negative.[14][15]

Please “Click” on the link shown here to see more on this great american predator. http://en.wikipedia.org/wiki/Coyote

DAMAGE CAUSED BY COYOTES- This critter is credited with being one of the most destructive animals on the planet. It is dangerous to animals, vegetables, all types of crops, livestock, other wild animals. pets, and humans and that is well documented.  Here the WCCCC® offers some great articles about the amazing coyote and encourage you to read them in detail.  Then you too will see that monitoring and control is necessary and certainly total elimination is not.

This amazing American predator is a tough and determined wild animal.  It is one of the lowest animals at risk on the planet for extermination since it adapts to all environments, food sources, and conditions with relative ease. It is said that the coyote actually adapts quicker and better that humans.  Just look at some of the “antics” the wonderful coyote can do or soes to adapt.

COYOTE IN TREE AFTER A SQUIRREL!       COYOTE IN APPLE TREE GETTING LUNCH! 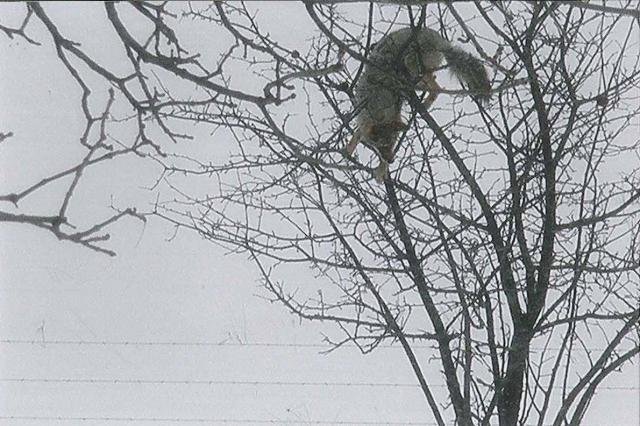